PLEASE NOTE: Our office has been closed due to Covid-19 and Shelter-in-Place. We will be reopening our office on Monday, June 1st. We have implemented new office protocols to ensure the health and safety of our patients and staff, based on CDC and OSHA requirements. We look forward to seeing all our wonderful patients at their next dental appointments. Please call (831) 476-3200 with any questions.

This weekend saw the 44th annual Wharf to Wharf race. This six-mile race, beginning in Santa Cruz and ending in Capitola, brings together thousands of locals and visitors from around the globe to enjoy the festivities and community surrounding the event.

Starting in July 28th, 1973, the race has become a main summer attraction since its inception. Now on its 44th run, the race is bigger then ever – bringing over 15,000 runners to Santa Cruz County. This number of visitors and active community members not only breaks a sweat but also stimulates the local economy. But its effect on the community does not end there! The race also promotes healthier lifestyles with Santa Cruz youths. The race leadership has led initiatives to build and maintain top-notch trackfields in Santa Cruz county. Scholarships up to $28,000 are annually given to top student athletes, athletes who end up attending highly recognized universities.

For these reasons and more, we were honored to be a part of the event that creates a powerful sense of comradery among consistent attendees to the event, us, and others who also support what the race stands for in our community. If we didn’t see you this weekend, we will definitely see you next year! 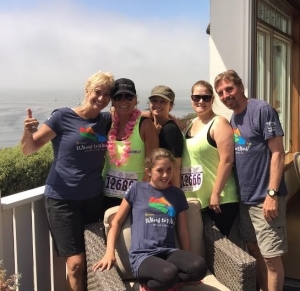 About the Author: Kevin Ippisch