PLEASE NOTE: Our office has been closed due to Covid-19 and Shelter-in-Place. We will be reopening our office on Monday, June 1st. We have implemented new office protocols to ensure the health and safety of our patients and staff, based on CDC and OSHA requirements. We look forward to seeing all our wonderful patients at their next dental appointments. Please call (831) 476-3200 with any questions.

What is Periodontal (Gum) Disease?

The word periodontal means “around the tooth”. Periodontal disease attacks the gums and the bone that support the teeth, and is typically caused by plaque and tartar. Plaque is a sticky film of food debris, bacteria, and saliva.  If plaque is not removed, it turns into calculus (tartar). When plaque and calculus are not removed, they begin to destroy the gums and bone.  Periodontal disease is characterized by red, swollen, and bleeding gums.

Four out of five people have periodontal disease and don’t know it! Most people are not aware of it because the disease is usually painless in the early stages.

Not only is it the number one reason for tooth loss, research suggests that there may be a link between periodontal disease and other diseases such as stroke, bacterial pneumonia, diabetes, cardiovascular disease, and increased risk during pregnancy. Researchers are determining if inflammation and bacteria associated with periodontal disease affects these systemic diseases and conditions. Smoking also increases the risk of periodontal disease. 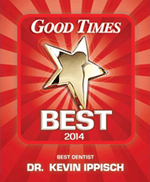